Lynne from Christchurch, and formerly Scotland, tries her best to be active and lose some weight after Palindromic Rheumatism took away her active lifestyle.

Diagnosed five years ago, the journey started shortly after moving to New Zealand. 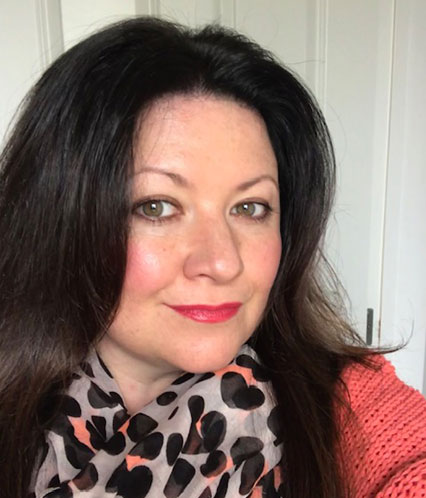 “I am determined not to let this condition rule my life. It has a name, so I can curse it and compartmentalise the illness to help me move on after a flare-up without getting caught up in a vicious cycle of worrying when I will get another one.”

“I had not long moved to a new country and became really unwell with sore joints, fatigue and feeling generally awful. I went to see my GP at the time who was quite dismissive of my symptoms and said that it was probably fibromyalgia.”

Lynne is an occupational therapist and did a bit of research into her symptoms. She didn’t believe they fit with fibromyalgia, so decided to pay privately to see a specialist. After some tests, there wasn’t any useful indication of what it may be, and Lynne began to wonder if it was all in her head.

“Then I went for a consultation with the rheumatologist and was lucky, (or not), to be in a full flare. I was scarlet red on and around the joints where I experience pain and inflammation. The lobster colour and other symptoms lead my rheumatologist to diagnose Palindromic Rheumatism.”

Lynne says the condition makes it very tough to be active but does gentle yoga and goes for walks.

“It was difficult to put all of the high impact activities behind me. But, I have joined a gym and asked a personal trainer to help me come up with a programme that suits my current physical abilities.”

Lynne believes being creative gets her through the dark patches. She has taken up crochet to help distract her from the pain when her hands and fingers aren’t in a flare.

“I am determined not to let this condition rule my life. I see it as an inconvenience rather than let it define me. It has a name, so I can curse it and compartmentalise the illness to help me move on after a flare-up without getting caught up in a vicious cycle of worrying when I will get another one.”

Lynne is fortunate with her knowledge in occupational therapy and already knew strategies to remain well, conserve energy, and manage pain. “It’s made me an empathetic therapist and made me stronger.”

What is Palindromic Rheumatism?

Palindromic rheumatism is a rare episodic form of inflammatory arthritis – meaning the joint pain and swelling come and go. Between attacks, the symptoms go away, and the affected joints go back to normal, with no lasting damage. Palindromic rheumatism affects men and women equally, and typically affects people between the ages of 20 and 50.

Support us so that we can support people like Lynne