Fibromyalgia often causes widespread pain – people describe it as ‘hurting all over’. The pain can vary from person to person, come and go, and change in intensity during the day. Other symptoms can include:

Fibromyalgia often runs in families. People with rheumatoid arthritis, lupus or ankylosing spondylitis are also more likely to develop fibromyalgia although it is not a disease of the joints or an inflammatory condition. Fibromyalgia is not progressive and does not cause permanent damage to bones, joints or muscles.

For these reasons, fibromyalgia is more often called a syndrome rather than a disease and is very difficult to diagnose because it can mimic other conditions. No one really knows what causes it although it has been linked to psychological trauma and the body’s interpretation of and response to pain signals.

Around 1 in 50 people will develop fibromyalgia at some time in their life, usually between the ages of 25 and 55. The condition mostly affects women, but men, children and teenagers can have it too.

There is currently no cure for fibromyalgia but researchers are working on understanding it better. Medication, exercise, relaxation and reducing stress all help reduce symptoms. Most people, with support from their healthcare team, eventually find a way to manage their symptoms.

How can I manage my fibromyalgia?

Each person’s symptoms and experience of fibromyalgia are different, so management options will vary as well and are usually a mixture of medical approaches and self-care.

Medications alone are seldom successful in treating fibromyalgia but they can reduce pain and improve sleep. They include:

Moving your body will help improve your mood, combat fatigue, increase muscle tone, improve blood flow, ease digestive problems and aid sleep. An exercise programme should include stretching, strengthening and aerobic exercise. The key is to start gradually, especially if you are in pain. Walking, swimming and Tai Chi are all great forms of exercise and warming up first is very important.

Learn more about exercise and arthritis

It’s important to balance activity with rest and be guided by what your body needs. Try to reduce stress by planning ahead and breaking activities into small manageable tasks with regular breaks. This will help prevent overwhelming fatigue and decrease your pain. Learn some relaxation techniques to ease muscle tension and anxiety. These might include:

Fatigue is a key symptom of fibromyalgia so getting enough sleep becomes vital. It’s also important not to spend hours in bed as too much inactivity can also be harmful both physically and emotionally. Instead of long naps, try regular micro-rests of 5 to 10 minutes during the day.

Tips for a good night’s rest

Pain can affect your mood, making you feel sad, anxious, fearful, frustrated or angry. Psychological approaches address the emotional aspects of pain and can help prevent it from becoming overwhelming. Cognitive behavioural therapy (CBT) is one approach that has been shown to help control anxiety for people with fibromyalgia. This should be undertaken with a trained therapist or clinical psychologist. Counselling or psychotherapy may also be helpful.

Back to Forms of arthritis

Fill in the online form 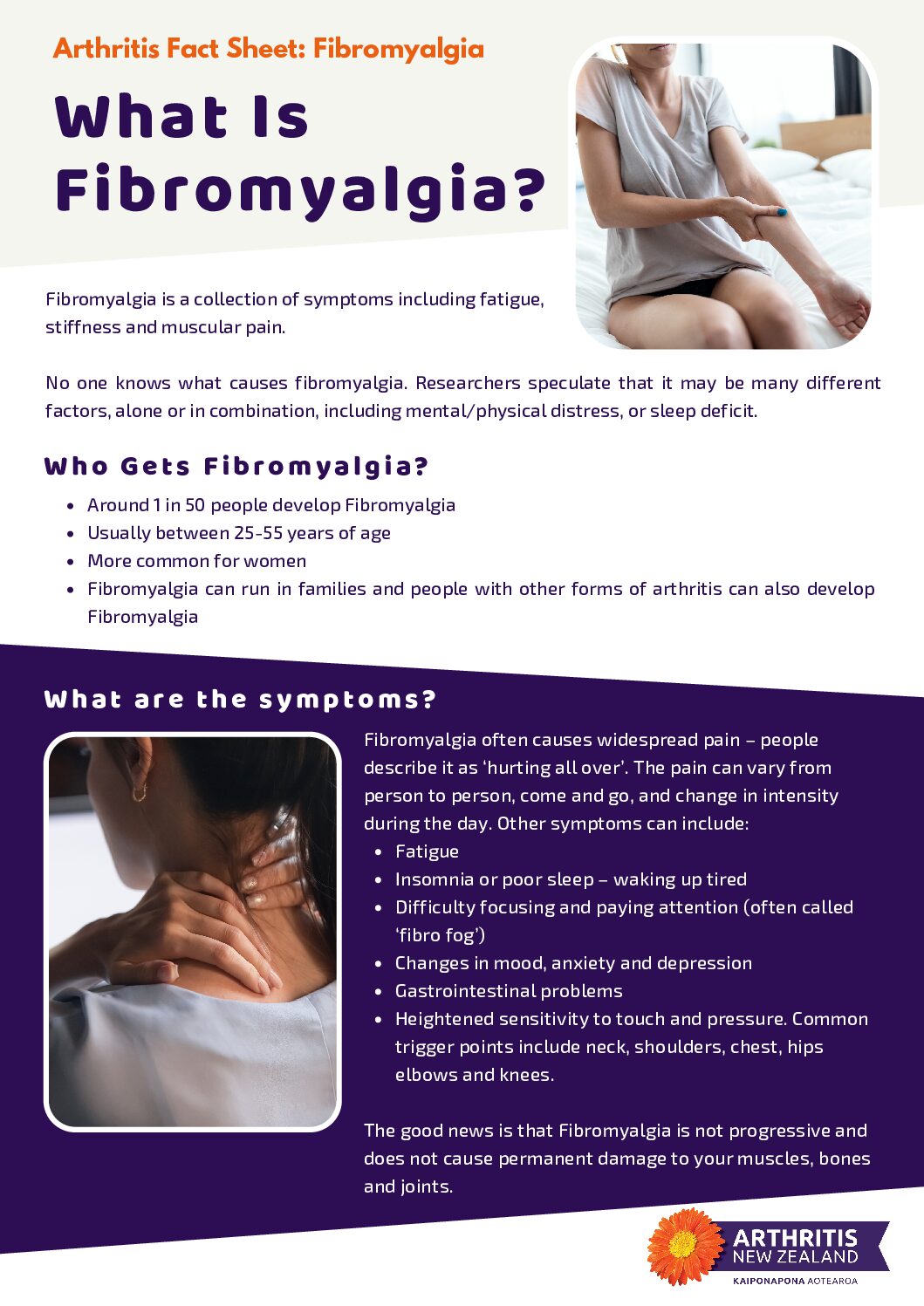 How Does Michelle Manage Her Fibromyalgia?

Exercise For People With Arthritis

How Does Peg Use Exercise To Manage Arthritis?

How Can Pilates Help Arthritis?

Exercise and Arthritis - How Can Gym Fun Help Your Arthritis?

Exercise and Arthritis - How Can Dancing Help Your Arthritis?

What Light Exercise is Good for Arthritis?

Top tips for managing arthritis in your hands

Home-based exercise for people with arthritis
«
Prev
1
/
2
Next
»

How to manage foot pain (caused by arthritis)

Previous Webinar: Learn how to manage arthritis pain from the comfort of your own home - Webinar

The importance of pacing yourself to manage pain

How to Manage Pain for Inflammatory Arthritis