Martin Cheer, Chief Executive of Pub Charity Limited, has suffered some serious injuries in his life but says the pain from gout arthritis “has got to be the worst”. After years of suffering, largely in silence, Martin’s pain is now under control, thanks to allopurinol.

Here he shares his journey and advice he wishes he had received years ago.

Martin says that when he was 40 years old, his doctor told him he has high uric acid levels in his blood, making him susceptible to gout arthritis. A few years later, Martin had his first attack in his big toe. 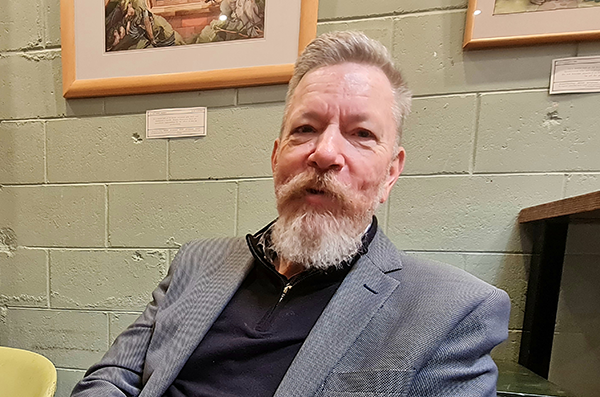 “My toe swelled up so badly, I had to concede that I had gout,” he says.

In the beginning, Martin dealt with his gout arthritis by going to the doctor and asking for prednisone, as that was what he was initially prescribed. He then heard there was a preventative medicine but didn’t like the idea of accepting that he is susceptible to gout arthritis because of the myths around the condition.

“In the end, I had an episode while I was away for work, and I told everyone I had twisted my ankle. I kept walking around on it for two days, and my ankle swelled up so much I did some nerve damage to it. That was a turning point. I recalled a conversation I’d had with someone from Arthritis New Zealand who told me about allopurinol, the preventative medicine I had been so reluctant to consider.”

Martin says the medicine is remarkable in its effectiveness. “It has no side effects that I can determine, and I’ve had no gout attacks since I started taking it. It’s not a hassle to take at all, and the alternative (having a gout attack) is not worth talking about. The pain from gout arthritis has got to be the worst, and I’ve had a few serious injuries to compare it to.”

Advice to others with gout arthritis?

Gout attacks happen when there is too much uric acid in your blood. Uric acid is produced when proteins called purines are metabolised from food, and most of it usually passes out of the body in your urine.

Uric acid can build up in your blood if you are overweight, take certain medicines, eat foods containing purines, or have kidney problems. The uric acid turns to sharp, needle-shaped crystals that cause pain and swelling in the joints and can damage cartilage. Crystals under the skin cause lumps called ‘tophi’, while crystals in the kidneys can lead to kidney stones.

People often think that gout arthritis is caused by overeating and drinking too much alcohol but this is only part of the whole story. The main reason for high uric acid levels in your blood is that your body cannot get rid of it properly. This could be because of your genes, weight or existing kidney problems.