It could be worse – Mum of 2 kids with arthritis

Danah Sharp has three children. A son and two daughters. Two of them have juvenile idiopathic arthritis (JIA).

When her daughter, Lhasa, was 11 years old, she was diagnosed with JIA. “Lhasa has arthritis in her knees, wrists and jaw, but now, seven years after the diagnosis, we are managing it well,” says Danah.

In November 2014, when Mielah was two years old, she started limping. “We thought she was copying Lhasa, so didn’t think anything of it until one morning Mielah shouted from bed ‘mama, I can’t stand up!’”

Danah took her to the doctor, but after the hour-long wait, Mielah was active and problem-free. Instead of going through it again, Danah decided to video-record Mielah next time it happened and then showed the footage to the doctor.

“It reached a point where Mielah limped all day, every day, so I took her to the emergency rooms, and six weeks later we got to see a rheumatologist. Since her diagnosis, Mielah has been put under anaesthetic four times to receive injections.”

Mielah was on two injections each week, but has now been taken off one as it made her sick. Mielah has developed arthritis in her neck, jaw, elbow, knuckles, fingers, both knees, ankle and big toe over the first few years. 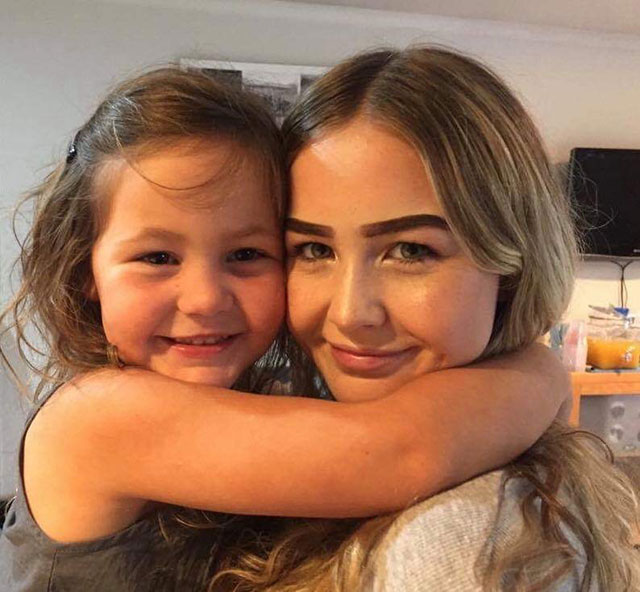 Caring for a child with arthritis affects the whole family. Besides having to explain the condition to family members and friends, there may be challenges with schooling and extra-curricular activities. Lhasa and Mielah are both fortunate to attend helpful schools that understand their needs.

Now 16 and seven years old, Lhasa and Mielah don’t let JIA stop them. “Their sisterly bond is made stronger by this disease they share. Pain is all they know because they have had it most of their lives. Lhasa is a wonderful big sister and my son, the oldest, is a pillar of support for them both. I am just thankful I have such great kids. Things could be worse!”

What is juvenile idiopathic arthritis?

Juvenile idiopathic arthritis (JIA) is the name given to types of arthritis that occur in children. Adults with JIA were diagnosed as children.

It is an autoimmune condition, meaning the body’s immune system attacks healthy tissues, creating inflammation. The symptoms of JIA vary from person to person and can come and go from day to day and week to week. Symptoms will be worse during occasional ‘flares’; at other times the condition seems to disappear for a time.

Fill in the online form
Translate »