My road to living again with arthritis

Two years ago I left my rheumatologist’s office with nothing more than advice. No further treatment options were available. There was no magic pill to make my pain disappear. Over 30 years of searching for an answer and I finally had a diagnosis. I had a name – ankylosing spondylitis. But what good was a name if there was no cure? I didn’t qualify for biologics which might have helped and anti-inflammatories were not stopping the terrible flares I was having. The last one had left me almost bed ridden for two weeks!

The advice I had been given was to find a physiotherapist with a diploma in manipulative therapy. (Try saying that three times quickly.) I got home and straight away went online to see if there was one close by. I had no real confidence but I literally had no other options open to me.

Use it or lose it!

I found a physiotherapist attached to the local swimming complex. There was only one person in the practice with the qualification I was told to look for. So I made an appointment, not really expecting much. Over the phone I explained I had ankylosing spondylitis and to my surprise, he knew what it was. You would be amazed how many health professionals do not! The first appointment didn’t go very well at all. In fact he had a programme already written up that he ripped up and put in the bin. He gave me a very stern lecture about how much effort would be involved. I believe his words to me were, “No one can do it but you.” Years of taking muscle relaxants and constant pain had made my core muscles so weak. Simply tightening my stomach muscles caused a spasm within minutes. His advice to me was to do simple grade one exercises in the hydrotherapy pool next door at least three or four times a week as well as stretching and balance exercises every two hours every day at home. That’s right – every two hours. He said if I didn’t, I may as well give up now and go buy a wheelchair. The only positive thing was he could give me a pass to use the pool for a month at no cost. 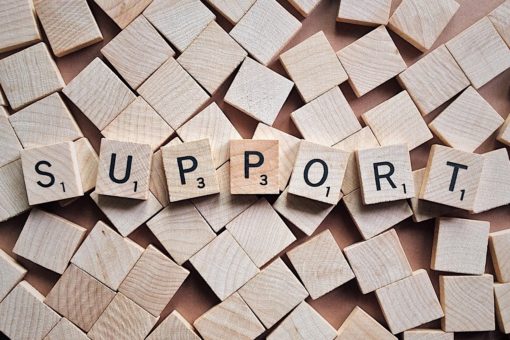 On my first day in the pool, I loved it. The water was 37 degrees Celsius and the warmth felt divine. He started me simply walking up and down then we did some simple stretches for my ankles and hips. Then finally some arm exercises with a pool noodle. He made me promise to do no more than 20 minutes and to ring him the next day if my body reacted badly. He also strongly advised no swimming due to the lack of movement in my arms.

My husband was training for his dive master’s qualification and every second night we would take the kids to the pools. I would do my exercises then watch the kids while he swam lengths. I had noticed my energy levels were a little better, my upper back wasn’t hurting as much and the numbness in my left arm had settled. Each session in the pool I added a little bit more. I was careful not to overdo things, but so far so good. I had even tried swimming in the wave pool which was also heated, mostly with a snorkel and mask at first due to the limited movements in my neck. Often I would also go to the pools early in the morning. I would be at the door at 5.30am. Getting up that early was really hard at first. But I found on those days my pain was less and I had so much more energy. I was so excited the day I got rid of the mask and snorkel and swam 750 metres!

The road to my addiction

One day as I was leaving the pools, I stopped to speak to a young girl at the front desk. I explained what I was doing and why. Somehow I mentioned that, years ago, I had looked at doing a triathlon but it had never happened. I didn’t own a bike and my ankles were so bad that walking was hard let alone running. She called over a manager and asked if she could give me a two-week pass to use the full gym facilities. I could try using some of the machines and the bikes and maybe a treadmill. By now I had been swimming for a couple of months and the idea sort of festered. Could I do a triathlon one day? It would give me something to aim for.

So I went home all excited and told my husband I was going to do a triathlon at the end of the year. I had found the Panasonic People’s Triathlon series that offered a short one. The trainers at the gym were going to help. Finally after all these years I was going to try and do it. Well that went down like a lead balloon! To say he was unimpressed is an understatement. He said there was no way he could ever support me doing something like this as he didn’t think my body would cope. He was scared I would be hurt. He wouldn’t even talk to me about it.

As the months progressed my swimming got stronger. I started going to the gym for 30 minutes first and doing some strength exercises and using the bike beforehand. Again I took things very slowly and carefully. I didn’t want to cause a flare. I still didn’t have a bike and I couldn’t run, but I was able to walk a lot more and occasionally I had moments when everything came together and my body would respond, allowing me to run. Not for long, but enough to give me hope.

People who meet me today do not see someone with a disability. My ankylosing spondylitis is not under control at all, but I am in charge – sort of. Well, most of the time. I am now on my second bike. My husband caved in when he saw the positive effects the training was having on my life. He bought me my first bike that Christmas. I never did get to do the triathlon I was aiming for due to complications. I simply wasn’t ready. However, the following March I did a short triathlon and I have since done two longer ones. I have also done a 12km traverse over the Auckland Harbour Bridge for Arthritis New Zealand, and numerous running races. Yes, you read that right. I can run. Wow! Even writing that gives me goose bumps.

This year I am doing the ASB Auckland Marathon for Arthritis New Zealand (distance still to be decided.) I also entered the IronMāori Half in Napier. This is a 2km swim, 90km bike ride and a 21.1km run. My husband again was not terribly impressed when I told him about this one, but he will come around. He usually does.

I have a page on Facebook with 3600 followers, helping to raise awareness for this terrible disease. I still have bad days. Today was one – there are storms forecast and simply having a shower and getting dressed was really hard. But I now have a goal, a focus I am aiming for – the Taupo Ironman on 2 March 2019 (my birthday). That is my year; that is my day; that day I will call myself an Ironman. No, my husband isn’t happy about it but he loves me enough to let me try.